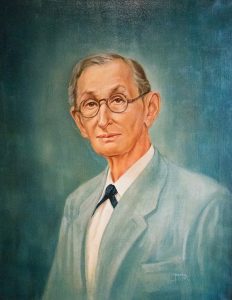 In his first case, Judge Wagstaff represented a man from Comanche County who was accused of murder. While he lost this case, which resulted in the only hanging performed in Taylor County, he garnered a reputation throughout his career as one of the greatest civil lawyers in West Texas. Coombes, Charles E. The Prairie Dog Lawyer, Texas Folklore Society, 1945.

Judge Wagstaff played an integral role in shaping Abilene into the city it is today. He was the first president of Citizens Bank in Abilene, served as the county attorney and as a state legislator, wrote and published into law the first Texas Rural School Aid Bill, was dean of the West Texas Bar, and in 1905 helped organize the local Bar Association. He, along with W. G. Swenson, owned and operated an electric utility company and an ice company, the two of which would become West Texas Utilities Company – now a part of AEP Texas Inc. He also helped celebrate the opening of what is now known as Hardin-Simmons University, and was the first to ride on Abilene’s new streetcars. 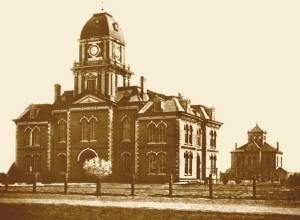 Judge Wagstaff was managing partner of Wagstaff LLP until he passed away in 1952. Following Judge Wagstaff’s tenure as managing partner, John H. Alvis took over the position. John H. Alvis served as an Abilene City Council Commissioner, Hardin-Simmons University Trustee, and, during World War II, commanded Abilene’s Texas State Guard Battalion. He practiced with the firm for forty-five years until he passed away in 1971.

Wagstaff LLP’s third managing partner, R. M. “Rob” Wagstaff, son of its founder, Judge J. M. Wagstaff, played a key role in creating Big Bend National Park by, as a member of the Texas Legislature, introducing the first bill setting aside the land for state park purposes. He also authored the Texas Water Rights Act, commonly called the “Wagstaff Act,” which controlled water rights in Texas for over half a century.

In 1997, Darrell W. Moore took over as managing partner of Wagstaff LLP. He is a native of Matador, Texas, and has been with the firm since graduating from Baylor University School of Law in 1983. 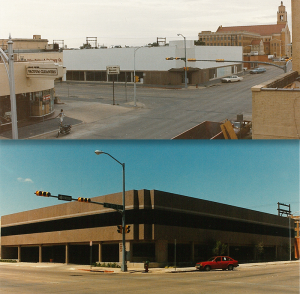 Several of Wagstaff LLP’s attorneys have held positions in local and state government, as well as in the judiciary. David G. Stubbeman, an attorney at Wagstaff LLP from 1966 until 1996 was the mayor of Abilene from 1984 to 1987 and was also a Texas legislator from 1975 to 1978. John R. Saringer, an attorney at Wagstaff LLP from 1989 to 2018, served as a judge in the Taylor County Court at Law from 1983 to 1987. While serving as judge of the County Court at Law, he was appointed a commissioner on the Adult Probation Commission in 1987.

Wagstaff LLP has called many buildings “home” throughout the years – all having one thing in common – being located in downtown Abilene. From the old First National Bank building to the Mims Building, the Citizens National Bank Building, and now to its current location at 290 Cedar Street, the renovated A. B. Barrow furniture store, Wagstaff LLP is dedicated to maintaining its place as a pillar of the historic downtown Abilene community.

The Wagstaff name has been an integral part of Abilene’s history, and the current partners and associates appreciate and value that legacy and continue to give back to, and invest in, the legal profession, the community, and historic downtown Abilene.